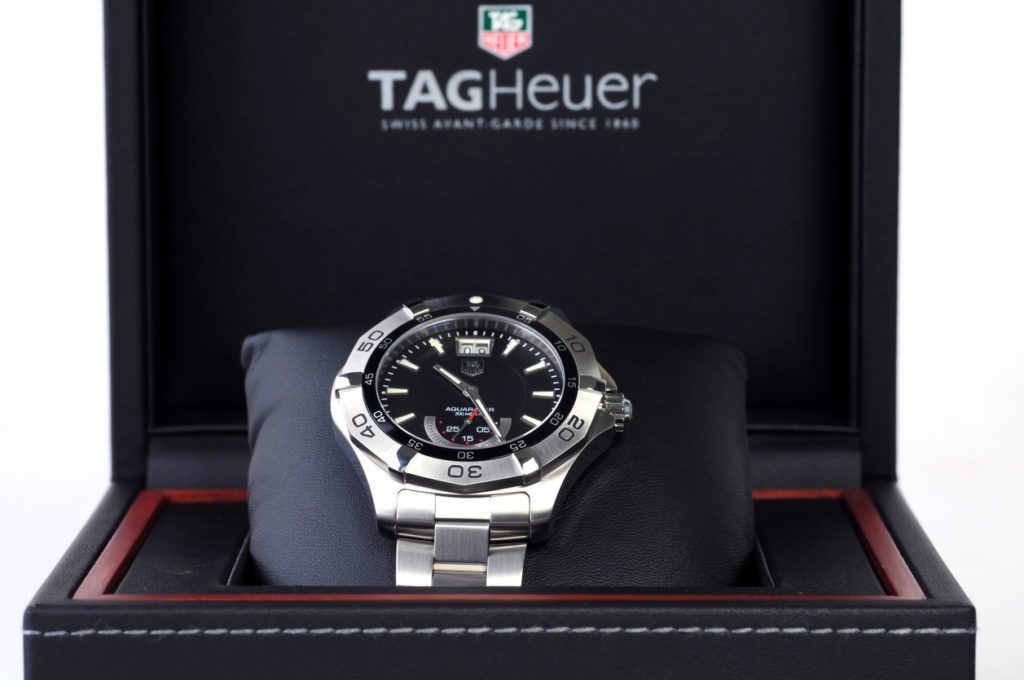 In 1864, Heuer moved the operation to Brugg, and assumed the name Edouard Heuer & Compagnie. Three short years later, he moved the company to the town of Bienne, in the canton of Bern, where the company remained for over 100 years.

Sporting events became a large part of many communities by the 1880s, and Edourard Heuer began producing pocket chronographs to use in the events. The watches were used in timed races on roads, cinders, and the water. To have a chronograph in a silver case at a horse or greyhound race was a symbol of status.

In 1887, Heuer introduced an improved oscillating pinion that he patented. The pinion allowed the chronograph to stop and start instantly with a push button. This improvement also simplified maintenance. The “perfected chronograph” in Heuer’s words is still used today.

The Wright brothers Orville and Wilbur made the first successful flight in history on December 17, 1903. The plane was a self-propelled heavy aircraft. The gasoline powered propeller driven biplane, which stayed in the air for 12 seconds, covering 120 feet.

From here, automobile and air travel took off. Heuer designed an instrument to be installed on automobiles.

Because of the precision and reliability of the Heuer stopwatches, the pocket watches made the choice for sporting events and each official timekeeper.

The Heuer chronographs were the choice for the Olympic Games and world championships in alpine events.

Stopwatches the Mainstay of the Heuer Business

Stopwatches were the mainstay of Heuer’s business, with a redesigned line-up as the company approached its 100th anniversary. The Game Master was a stopwatch on a wrist strap that made it easy to use during athletics, motor-sports, and industrial timing.

In March 1969, Heuer offered the first automatic chronographs to the worldwide market. This set the stage for the style of the 1970s. Heuer introduced the bold Calculator. It was brilliant with its circular slide rule.

Heuer Formula 1 watches were first launched in 1986. It was the first watch that marched the historic acquisition by Techniques d’Avant Garde (“TAG”).

Techniques d’Avant Garde was a leading manufacturer of high-tech aviation and race care parts. They made the ceramic turbochargers for Formula One cars.

In 1988/89, a TAG Heuer Formula 1 was released with a traditional 3-dial chronograph. It had a quarts movement below and a mechanical layer. It was a difficult watch to produce.

A revised chronograph model, with an improved quartz movement, was released in 1990, with an unconventional 2-6-10 layout and two sub-dials. 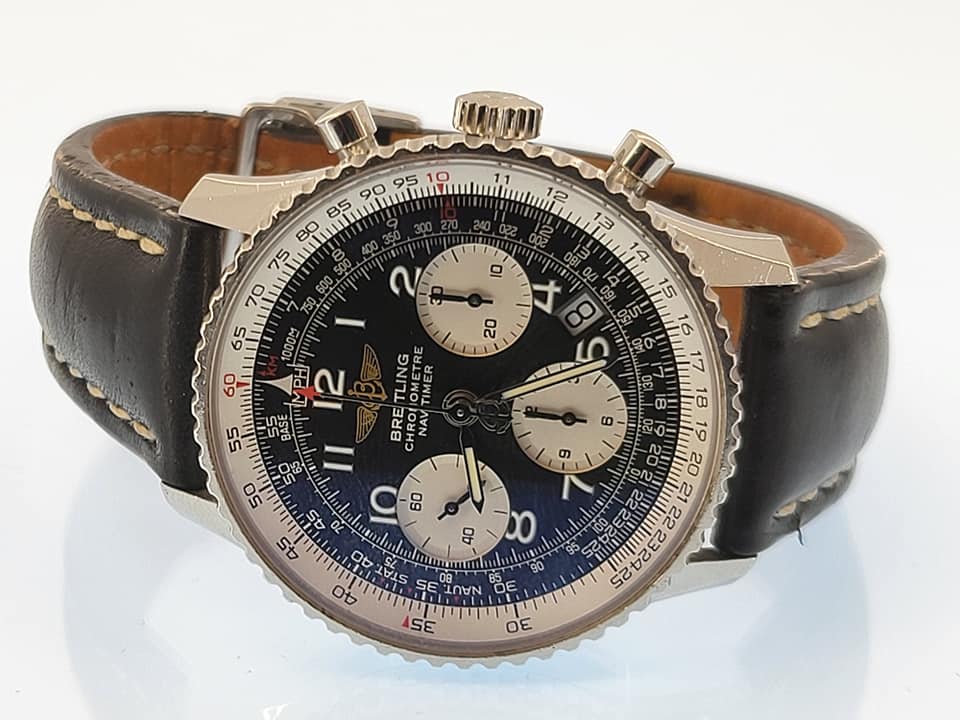 To buy a new luxury watch brand, it will cost some money for sure. Luxury watches don’t come cheap.

The TAG Heuer watches provide watch purchasers with the option to own a new luxury watch at a reasonable price. The Aquaracer Quartz watch has a price tag of US$1800. It is a sophisticated quartz watch with a dial color-blue, and the bezel is in stainless steel and aluminum.

The oversized arabic numerals are positioned on the unidirectional turning bezel. The case is made of a polished steel case fitted with six studs to facilitate handling with diving gloves. The watch is fully water and shock resistant.

The Aquaracer Quartz watch has a sapphire crystal’s interior, and it is anti-reflection treated. There is an integrated diver extension which allows the steel bracelet to be worn over a suit.

TAG Heuer watches are already within the reach of most purchasers, and the purchase journey can be done from the comfort of your own home or office. 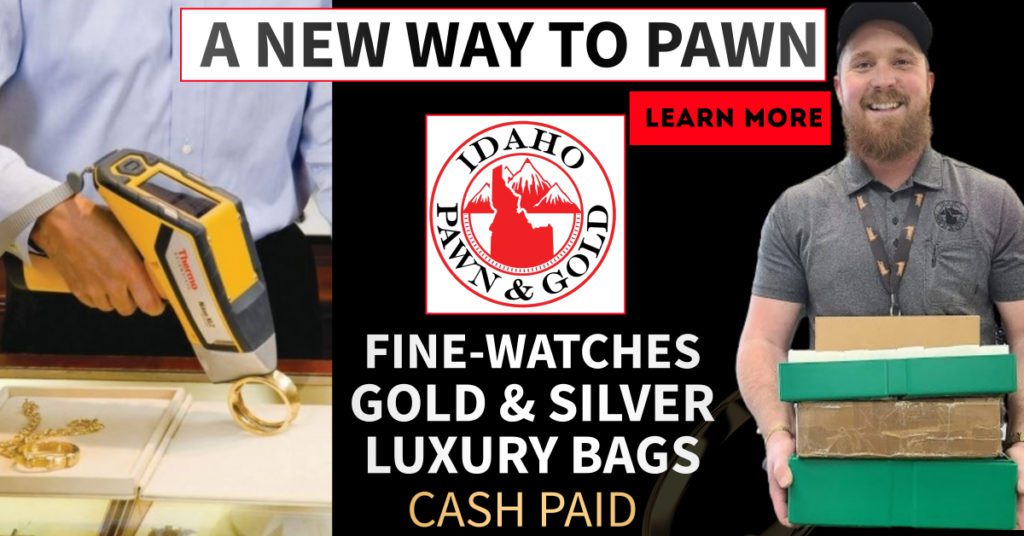 Idaho Pawn and Gold is a reputable pawn ship with an inventory browsing option that includes all luxury items when they hit the resale floor. Shopping from your own home gives you the opportunity to review the different pre-owned luxury watch brands available.

Idaho Pawn and Gold buys, sells, and will write up short-term collateral loans against all luxury items. They have a huge inventory of luxury watches, designer handbags, gold, silver, and fine jewelry.

All of these items are available by visiting their store or shopping the on line showroom.

If you need to gather expert advice on a watch or other luxury item, the expert live text chat gives you the option to find real time expert advice.

The available operators known as pawn brokers are experts in luxury watches, and they have luxury watch brands advice that will help you understand what you are considering buying.

They have an opt-in niche list option for VIP clients to sign up for, so they receive information about all new watch inventory added to their on line showroom. The showroom is like a luxury virtual boutique and easy to navigate. 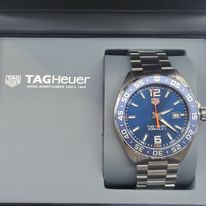 Recently, they were able to add a three-hand TAG Heuer Formula 1 watch to their showroom. The watch has an automatic chronograph with an oversized “6” and “12” on a sunray blue watch dial. The baton markers are thick adding to legibility. It has a sapphire crystal and is water resistant to 200 meters.

Its sporty design makes it a favorite.

What is a Watch Markers Batons?

A baton is an hour marker, and they are rectangular in shape, either painted or applied to or sit on the surface of the dial. Watch markers batons add to the legibility of the watch.

Idaho Pawn and Gold has pawn brokers who are each a dedicated client service expert that can give information about any of their luxury items. They have some of the world’s finest timepieces in their store, and the watches preowned status makes them affordable.

PrevPreviousWhat to Consider Buying, Pawning, and Selling Gemstones at a Pawn Shop
NextHow to Get a Pawn Loan Instead of a Personal Loan for Quick CashNext 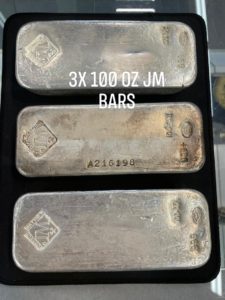 Where Can I Buy Silver Bars Near Me? 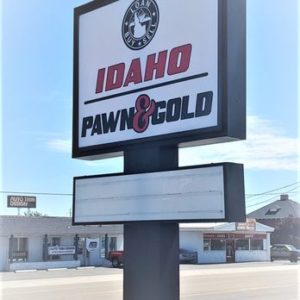 In Idaho, How Old Do You Have to be to Pawn Something?

Idaho requires pawnbroker licenses must be obtained through city or county officials. Licenses are not obtained at State level. As with driving, flying a drone,

Idaho Pawn & Gold offers the best item-backed loans in the area. Our plans are flexible with a maximum repayment period of 10 years. Our interest rate is 2.9% per month or 35% APR when clients borrow 30%-50% of the liquid wholesale value of their pledged collateral over $10,000. For example, if you have an asset with a liquid wholesale value of $25,000 and borrow $10,000, your interest would be $291.66/month. If you borrowed the money for 3 months, your total payback amount would be $10,740. Loans greater than $50,000 can qualify for even lower rates. If you have any more questions please review our FAQ page or give us a call.